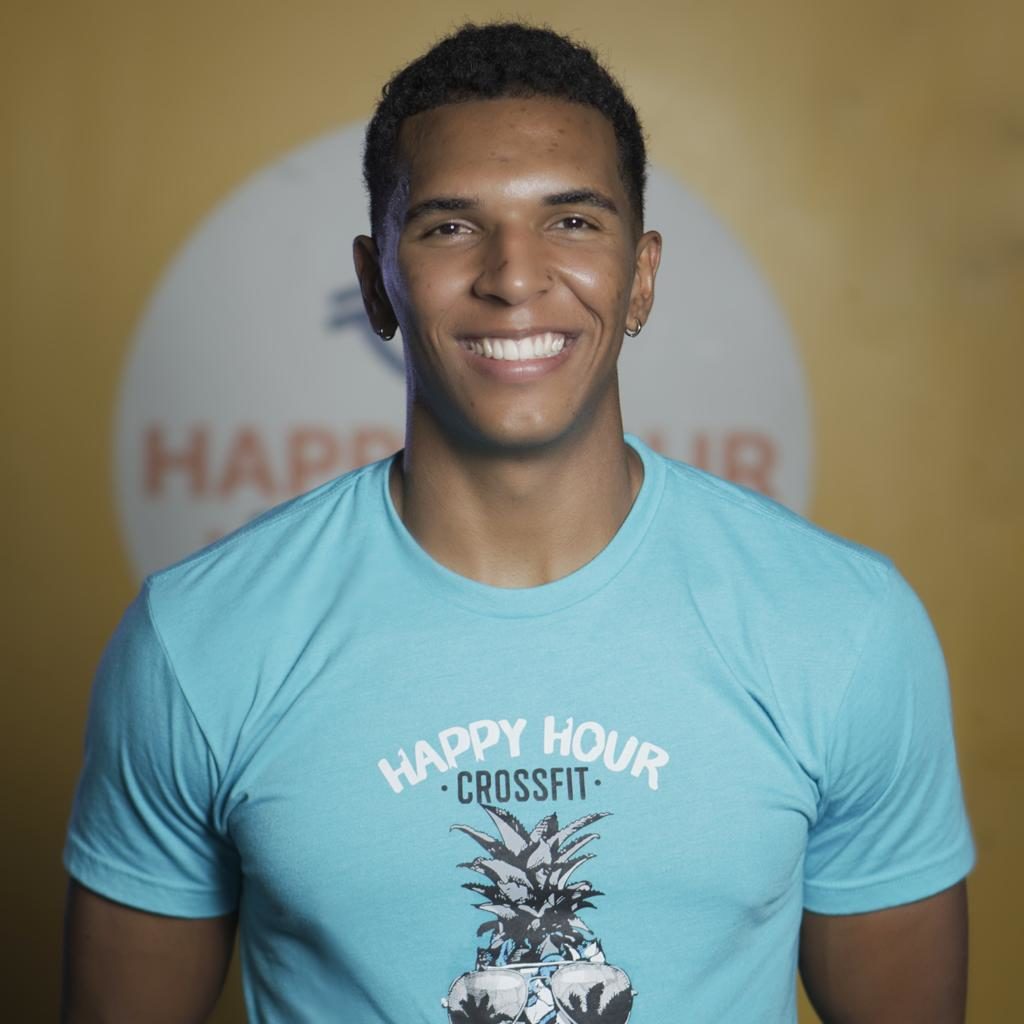 Jaime found CrossFit in 2017 while in University playing NCAA Division 2 Soccer. Initially, he utilized the programming to assist in enhancing his physical levels as a soccer player.

It wasn’t long before he developed a strong passion for CrossFit. After two weeks of joining Happy Hour CrossFit (June 2017), it became an aspiration for him to one day own a CrossFit gym of his own.

In October 2020, Jaime earned his CFL1, and began working as the Owner, and Head Coach of Happy Hour CrossFit (HHCF). He works, and learns daily about al parts of his position, under the mentorship of the former owners of HHCF. Coach Jaime possesses the experience to work, and coach as a Personal Trainer, CrossFit Group Instructor, and also has a strong desire to teach fitness to younger individuals. This led to Jaime acquiring his CrossFit Kids Certification in March 2021.

Jaime can be spotted in the box anytime! However, he serves as the class instructor for the morning classes, from Monday to Saturday.

Could you walk away from today with a mind to be a better you tomorrow? Trick question! You definitely can! AND YOU'VE GOT THIS! Don't let anyone tell you otherwise.

We'd love to send you information about our pricing

Enter your details below and we'd be happy to show you our rates and explain them in detail!